The Geopark Villuercas-Ibores-Jara became the most valuable touristic zone of Extremadura in 2017, getting the best rating given by tourists, 8,46, according to a survey relesed by the Touristic Observatory of Extremadura.

This study is based on the result of hundred of satisfaction questionnaires distributed to all the touristic information offices and interpretation centers located across the lenght and breadh of  Extremadura.

Although the Spanish geopark is not nearly one of the most visited sites of the region, It is gaining visitors along the years who widely recognize having had an amazing experience. 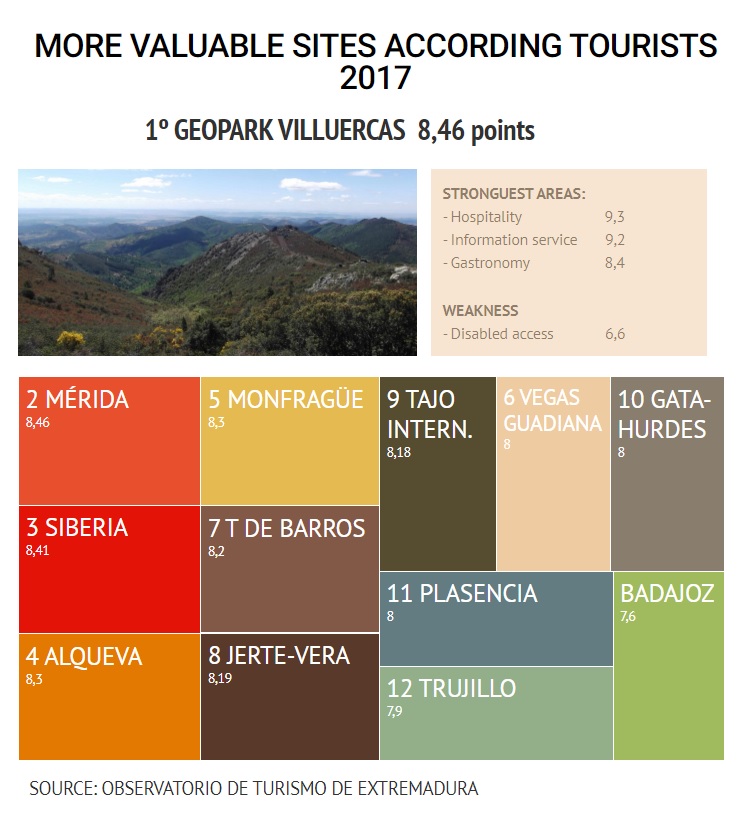 Hospitality was the aspect of this zone of the province of Cáceres that more attracted the attention of tourists getting the best mark, 9. Moreover, the Geopark gastronomy was head and shoulders over the rest of touristic sites, with an 8,4.

In general, the Extremadura touristic sector got the average rating of 8.

The aim of this blog is to provide information about the amazing Villuercas-Ibores-Jara Geopark, member of the UNESCO Global Geoparks Network. Its purpose is to make know this remarkable place located in the Spanish region of Extremadura. Please, get involved with your comments. And if you need any help or further information about the Villuercas Geopark, don´t hesitate and let me know. Enjoy it!

My name is Carlos de Rodrigo. I am a journalist and my home village is located inside the Villuercas Geopark. I launch this blog to promote this often neglected area of Spain.