Today´s post is not about New Zealand where The Lord of the Rings movie trilogy was entirely filmed. It is about a Spanish site that could also have inspired J.R.R. Tolkien to write some of the chapters of his famous novel: the “Calabazas´ pass”, located in my geopark Villuercas-Ibores Jara. 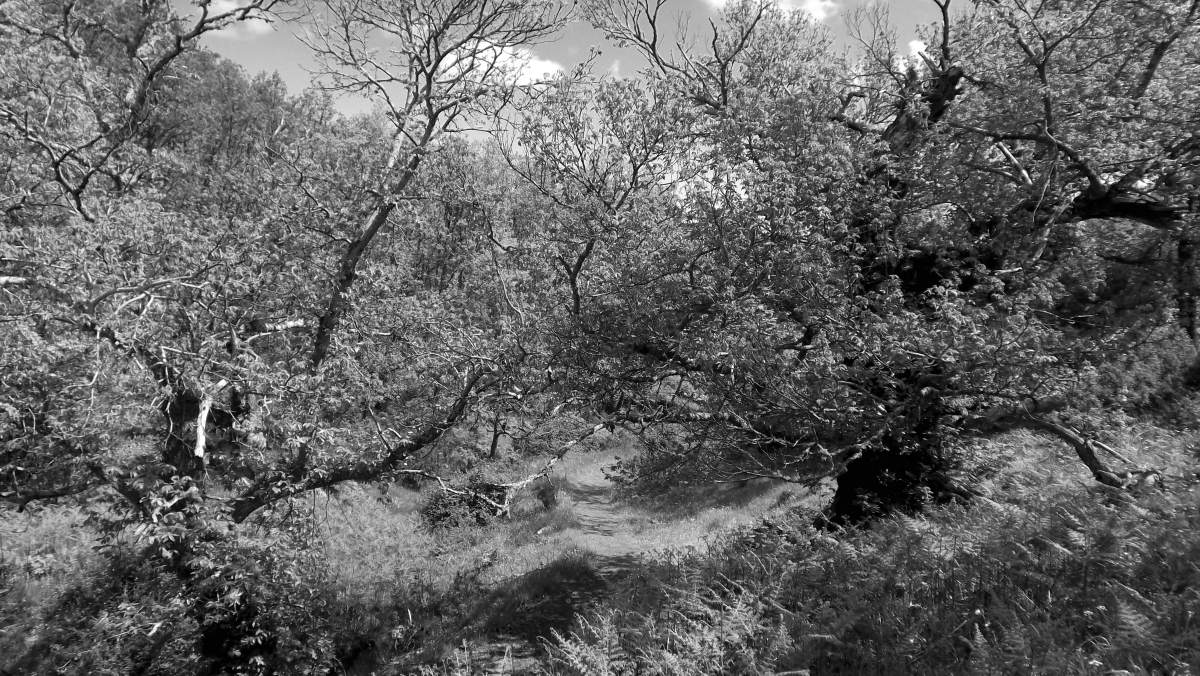 As you can guess from the pictures, undoubtedly, the first time I visited that site I was impressed by the bunch of ancient chestnut trees that live in the area. They are huge and reminded me of The Ents, the race of big trees that are able to walk and talk according to Tolkien´s novel. Also they look like those intimidating gates that get you into the dangerous and ghostly forest of a fairytale.

It is suitable for a walking trip. It takes one hour each way. I do not recommend a bike trip because you would never get to “The Chorrera del Calabazas”, another must-see site at the end of the trail surrounded by a deep gorge. However, another option is to leave your bike (or even your car) in the parking area located half way through the route, just before the oldest chestnut trees emerge.

Like J.R.R. Tolkien´s trilogy, this place hides some legends which have been recovered. One of them tells the story about how the local shepherds protected their lambs from the wolves by hiding them in the cavity of the biggest chestnut´s logs during night-time. This story has been carved out of a stone just beside one of those logs. Amazing!

The aim of this blog is to provide information about the amazing Villuercas-Ibores-Jara Geopark, member of the UNESCO Global Geoparks Network. Its purpose is to make know this remarkable place located in the Spanish region of Extremadura. Please, get involved with your comments. And if you need any help or further information about the Villuercas Geopark, don´t hesitate and let me know. Enjoy it!

My name is Carlos de Rodrigo. I am a journalist and my home village is located inside the Villuercas Geopark. I launch this blog to promote this often neglected area of Spain.